A Detailed Look at Construction Spending

A number that is continuously changing yet essential to watch is the dollar amount placed on construction spending. Why? Simply put, it affects virtually everyone's life as the demand seen in construction is an indicator of how the overall economy is performing. When the economy is robust, individuals benefit from increased incomes, new businesses created, and increased consumer spending.

From MCR Safety's perspective, staying attuned to construction spending is vital because one of the largest industries we provide personal protective equipment (PPE) is the construction industry. When the industry contracts, which was seen to some degree in 2020 due to COVID-19, it impacts the amount of product kept on hand by the industrial distributors who MCR Safety supplies. So, at MCR Safety, we take a long hard look at construction spending patterns. If we don't understand construction spending, we will not have enough PPE to supply this industry's needs, or we will have too much inventory on hand, which is not a sound business principle. 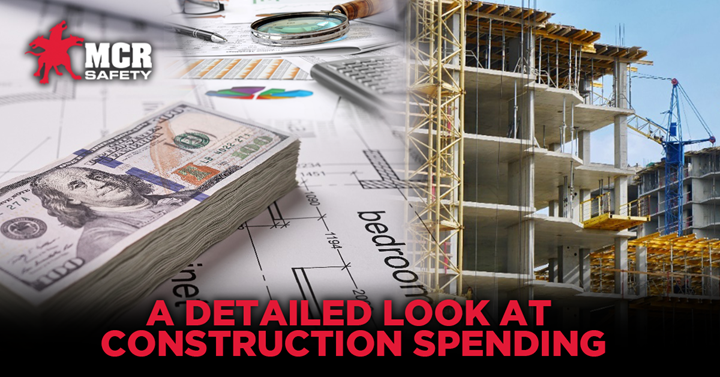 This article will tell you precisely what construction spending is, why it's essential, and what you need to know to understand this number.

What Is Construction Spending? 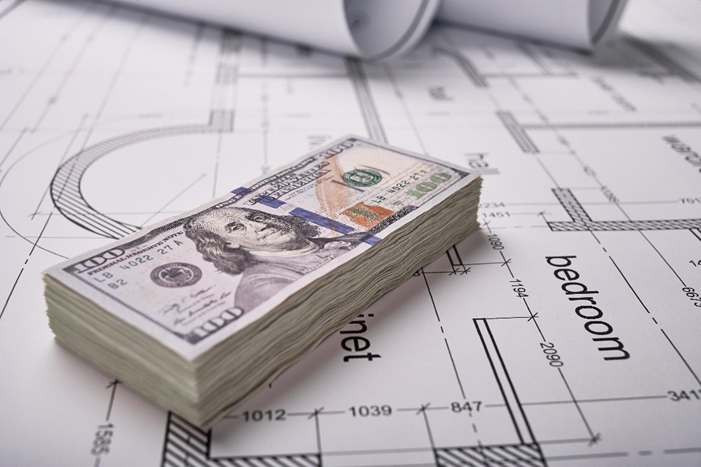 Below we will highlight the U.S. Census Bureau's Construction Spending page and other industry reports to explain the impact and importance of construction spending on the U.S. economy and what it means for you.

The Importance of Construction Spending 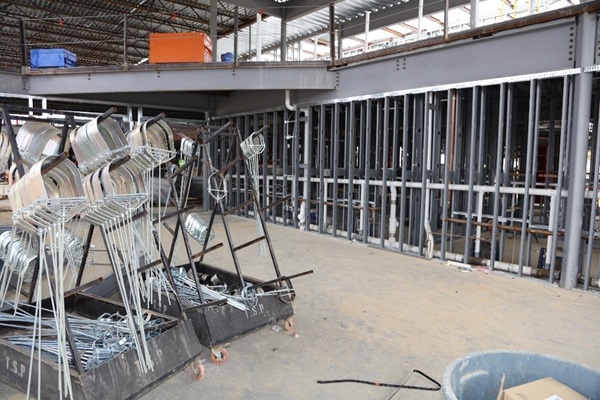 This ever-changing number serves a vital function in the U.S. economy. Because construction spending represents about 20% of the country's gross domestic product (GDP), this is one of the first numbers economists look at to take the economy's temperature.

The construction industry is also one of the first sectors to show signs of an economic recession, and it is one of the first to recover from one. Therefore, this number is watched closely as a gauge of the economy's health. 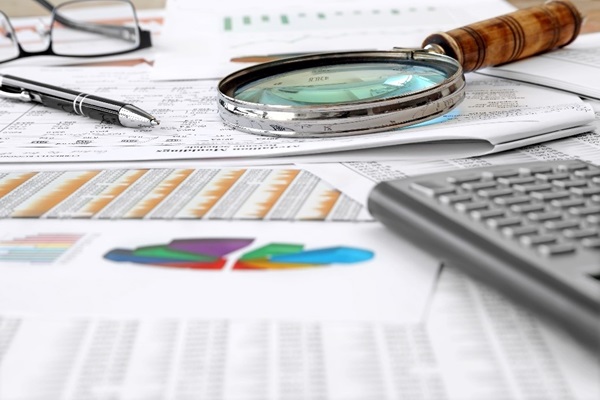 Construction spending data from governmental sources and banks play such a significant role in analyzing the U.S. economy and all the different factors that it affects. The information is often collected and analyzed for different audiences. Below are some of the agencies that collect or use this data to keep people informed continuously about our economy's state through the lens of construction spending. 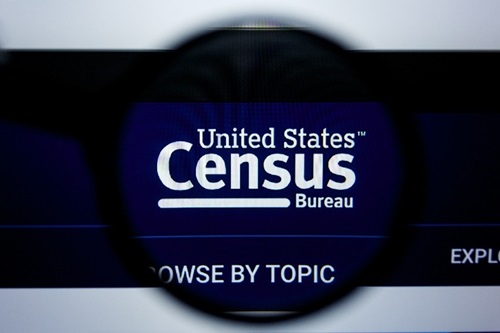 The United States Census Bureau is responsible for collecting the data and crunching the construction industry numbers. Since 1964, data has been collected on construction activities each month and is tracked through its Value of Construction Put in Place Survey (VIP). The information provides everyone a monthly assessment of how much money was spent on construction in the U.S.

The VIP survey collects data for the first three weeks of every month and covers both new structures and improvements made to existing facilities in both the private and public sectors. Their monthly report provides data across numerous areas, from the cost of labor and materials to contractor profits. When you examine the December 2020 Report, the construction spending total for November 2020 was $1,137,565. In addition to the total spending number, the report breaks down spending into the following areas: 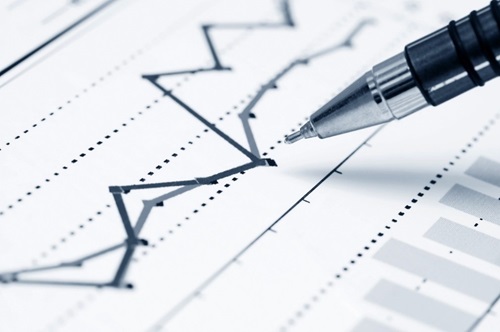 FRED is an economic research program through the Federal Reserve Bank of St. Louis that gives the general public, journalists, and students thoughtful analysis and instruction on various economic factors, including construction spending. They also provide a deeper understanding of economic-related issues relevant to any given region along with reporting data.

As you'll notice on FRED's Total Construction Spending graph, the growth in construction spending in the U.S. contracted some in 2020 due to the pandemic. However, we're beginning to ascend again on the decade-long growth pattern occurring since the 2008 financial crisis. 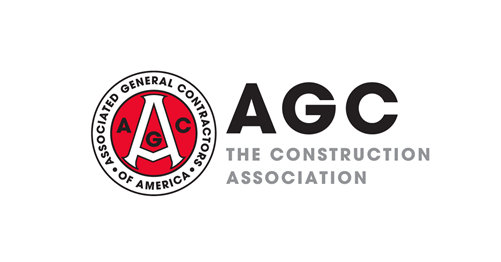 Naturally tuned into the numbers surrounding construction spending, the Associated General Contractors of America (AGC) also releases the U.S. Census Bureau's numbers and analyzes the numbers that affect construction companies. They also include a yearly outlook using this data to predict how the coming year could look in construction. 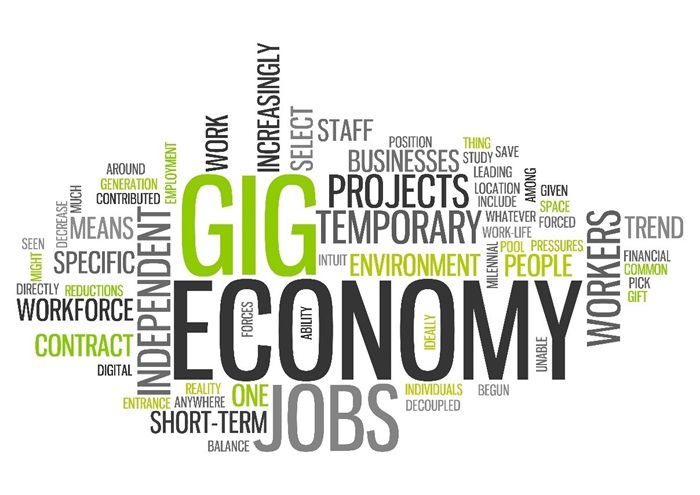 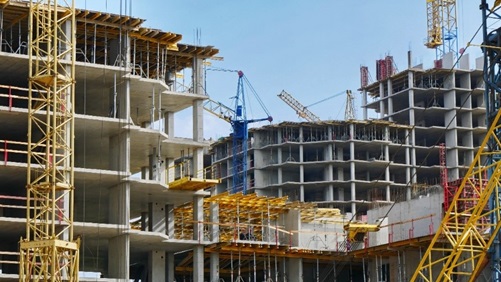 Commercial construction can be broken down into three different categories: 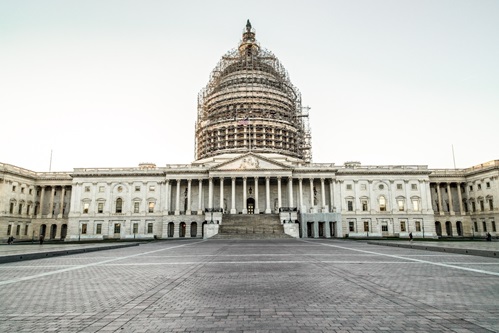 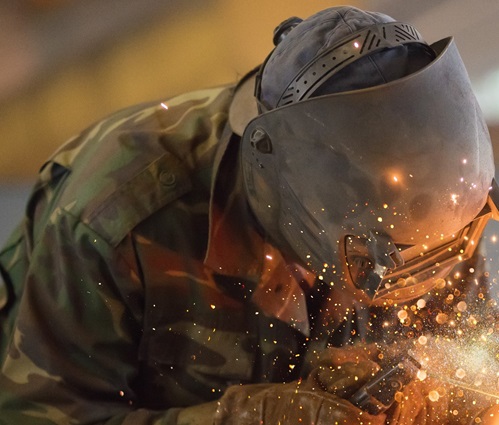 Part of the budget approved by the U.S. Congress also appropriates billions of dollars to fund construction projects through the Department of Defense. This includes the planning, programming, designing, and building the infrastructure needed by the Army, Air Force, and Navy. Examples of these projects include runways, piers, warehouses, barracks, schools, and hospitals. 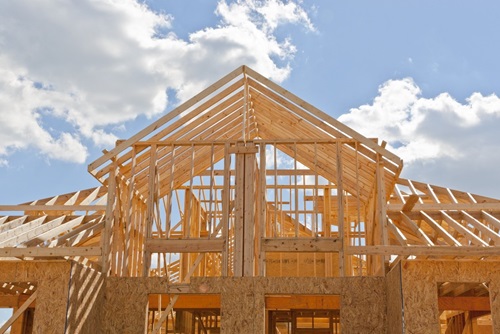 Homebuilding has a clear and direct impact on local economies. Building single-family and multi-family homes bring families into communities, which generates additional tax revenue and job growth. With that boost to the local economy, residential building is a critical factor in the construction spending total every year.

Good news! Residential construction jobs are expected to grow by 10% in 2021, which means spending will increase, too! 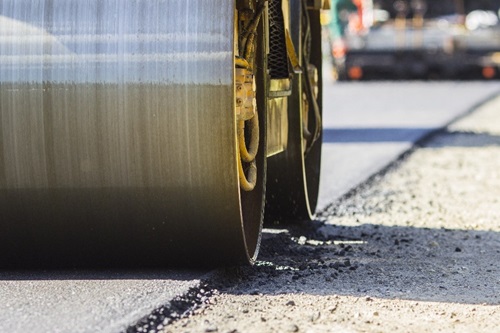 Construction of this type includes repairing and maintaining existing roads, new road construction, sidewalks, bridges, and other related structures. In 2019, approximately $98.6 billion was spent by the public sector on such construction projects. 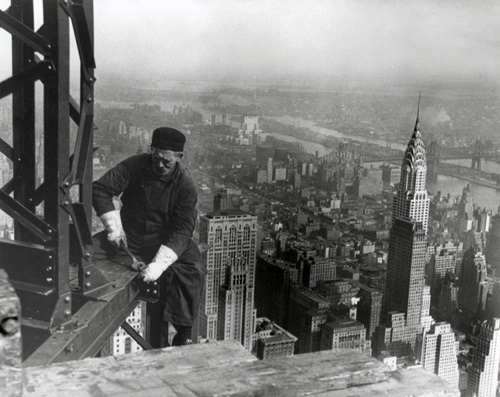 It's hard to imagine the fearless construction workers who worked to build America's first skyscrapers. The old ways of constructing the New York City skyline, as shown in the image above, with no safety glasses, no fall protection, and only some leather work gloves protecting the worker seem unbelievable to modern construction workers. Today, construction spending in cities continues to drive the American economic engine. In 2019, New York City and its surrounding boroughs and suburbs spent more on new construction than any other metropolitan area, approximately $40.8 billion.

The popularity of mixed-use developments and a generational shift to wanting to live in more urban areas where things are within walking distance has made state and city construction spending boom in the last several years.

Economic Research Power Infrastructure Construction Spending  - is one additional resource to consider reviewing.  It uncovers economic insights into infrastructure costs, especially why they are rising.

The History and Future of Construction Spending

From a historical perspective, construction has always played an essential role in getting the U.S. out of recessions. During the Great Depression, the Public Works Administration (PWA) was the construction agency created by Franklin Delano Roosevelt to help get America out of a horrible economic situation by spending over $3.3 billion in construction projects meant to give workers jobs and build up America's infrastructure.

Looking at the history of construction spending is relatively easy with the tools available today. According to Trading Economics, the United States averaged 0.45% growth in construction spending each year from 1964 until 2020. It reached a record low of -4.8% in February of 1975 and an all-time high of 5.9% in April of 1978.

And what does the future hold for construction spending? The Associated Builders of America (ABC) indicates construction optimism has recently dropped, mostly because of the COVID-19 pandemic. And, if you're in nonresidential commercial construction, the sentiment is justified as spending is projected to continue falling by another 10%. Who knows, the U.S. government may decide to increase infrastructure spending to help boost the economy and get people back to work. As the saying goes, "History repeats itself." 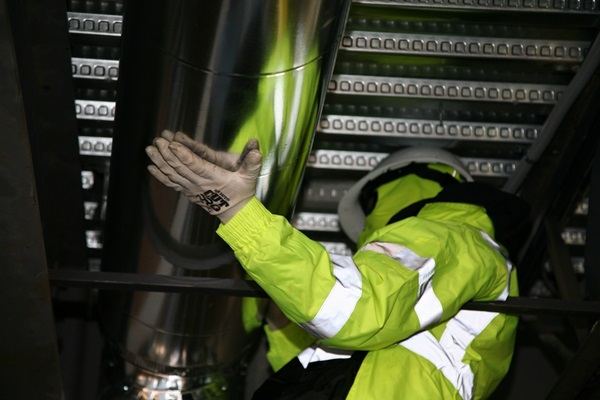 Yes, there may be some current hiccups in construction output due to the ongoing pandemic affecting spending. However, from a historical perspective, the economy always rebounds, and construction is at the heart of any recovery. 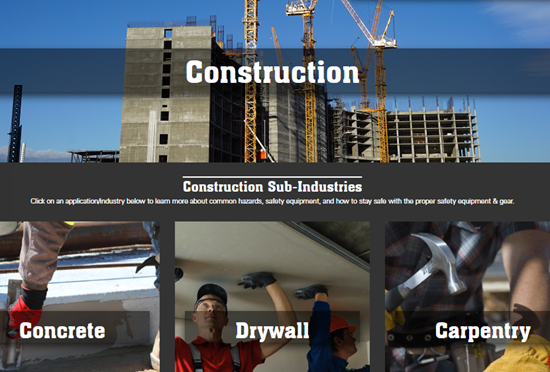 Whether the industry is experiencing a decline or upward growth, MCR Safety protects the construction workforce. If you're a construction professional, we encourage you to check out our dedicated Construction industry page, covering hazards and recommended PPE across ten individual construction pages.

We welcome any comments, feedback, or suggestions for how we can best protect people at work.

For over 45 years, MCR Safety has proven to be a world leader in gloves, glasses, and garments. Whether it's on the shop floor, an oil rig, or a construction site, we are there to provide solutions to workplace hazards. It's all part of our commitment to protect people.

No matter your industry, we have the personal protective equipment you need. 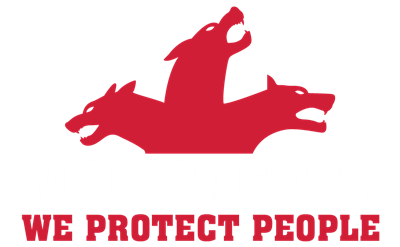 Learn more about MCR Safety by checking out our most recent video. For more information, browse our website, request a catalog, find a distributor, or give us a call at 800-955-6887.

Anthony has been with MCR Safety for over a decade, with positions ranging from sales, purchasing, new product development, training, and marketing.