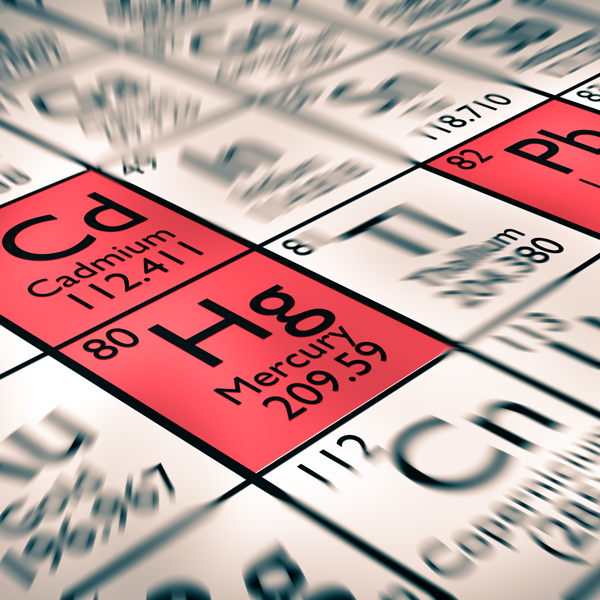 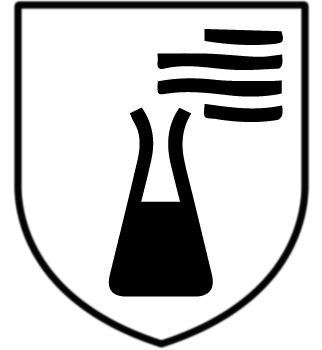 The EN ISO 374 is the leading glove standard used worldwide to gauge the performance and safety of chemical-resistant gloves. It standardizes the expectations for gloves offering chemical protection and highlights the performance requirements a glove must meet when tested to specific chemical conditions and risks.

As we've highlighted across our chemical protection pages, working with chemicals significantly increases the risk of injury to employees. For this reason, both workers and safety professionals must be able to quickly determine the protection needed in any given application. EN ISO 374 helps workers understand which gloves perform best, for how long, and allows side-by-side comparison of different gloves. It also enables manufacturers and suppliers to know which gloves are needed to protect workers around predefined performance metrics.

The first standard covering glove protection from chemical injury was EN 374-1, published in 1994. It was then revised in 2003. The second and most recent revision, EN ISO 374-1:2016, occurred in 2016. This standard outlines terminology and protection requirements for chemical-protective gloves.

One of the most significant changes to the current standard is mandatory degradation testing for all chemical-protective gloves. Previously, the standard only required penetration and permeation testing.

The EN ISO 374-1:2016 is the most recent standard released, replacing the EN 374:2003 standard. This most current version was created cooperatively by the International Organization for Standardization  (ISO) and The European Committee for Standardization  (CEN) under the Vienna Agreement, making it applicable in all ISO operating countries. The standard outlines all the terminology used to classify a glove as chemical resistant. 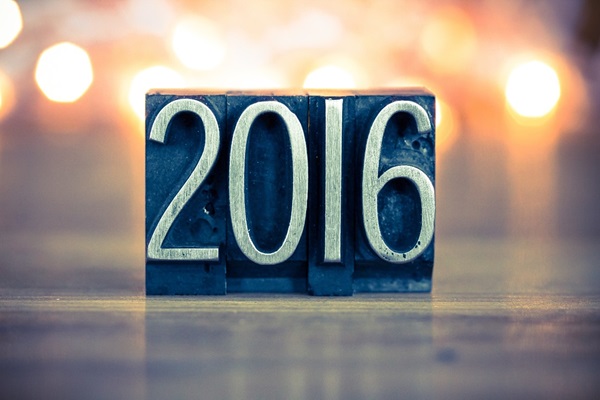 One of the overarching reasons for the adopted new standard was to better assist users in making the appropriate glove selection for their potential hazards.According to the new guidelines, each chemical glove is now classified as either A, B, or C, based on the glove's chemical-resistance performance. The classification has been simplified to help users identify gloves designed to hold up under more stringent conditions.

Essentially, the new standard provides a higher level of precision than the previous version and explicitly outlines the three requirement standards gloves must meet for the following:

This test method determines a glove's resistance to chemical penetration, measuring chemicals and microorganisms' movement through pinholes, seams, and other similar imperfections. Two primary sources of leakage are pinholes in a glove or openings along a seam. The penetration test has two parts:

1. Air Leak Test The glove is submerged in water, and its interior is pressurized with air. A stream of bubbles along the surface of the glove indicates a leak. If bubbles appear, the glove fails. 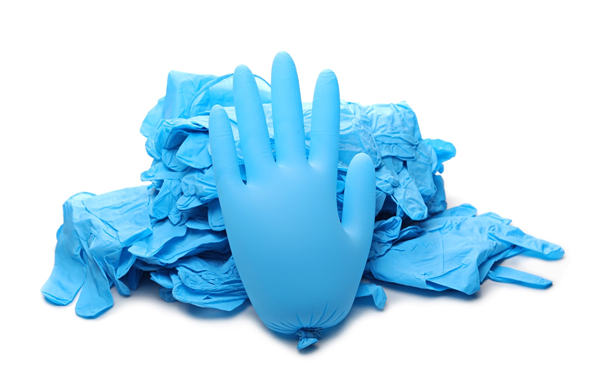 2. Water Leak Test The glove is filled with water. Water droplets on the outer surface of the glove indicate a leak. If it leaks, the glove fails.

EN 374-2 assigns protection levels to gloves. The levels range from 1 to 3, with one being the lowest and three being the highest performance level. A higher level means a glove will hold up better in environments where microorganisms may be present or harsher chemical conditions exist.

Three Defined Performance Levels Are a Part of EN374-2

Gloves tested to comply with EN 374-2 should not leak, indicating that they are waterproof.

The EN 16523-1 updated test method is used to identify a material's resistance to permeation by chemicals under continuous contact conditions. It replaces the EN 374-3:2003 test method; however, it still functions with the core principles of breakthrough time.

The polymers used to manufacture gloves serve as temporary barriers to chemicals, so it's imperative to know how long it takes for a chemical to permeate that barrier. The new testing method still assigns a breakthrough time and offers performance level ratings of 0 to 6 for each chemical tested.

The EN 16523-1 test exposes the glove's outer surface to a specific chemical in a two-part cell while an inert gas or liquid is circulated through the other part of the cell. The amount of chemicals that permeate through the glove's surface to the inert collecting medium is measured. Once a predetermined permeation rate is reached, the "breakthrough time" is recorded. 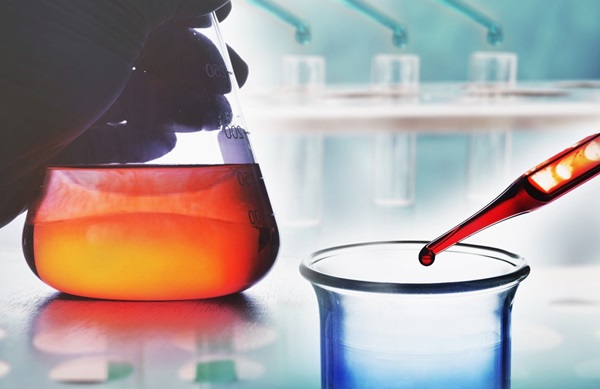 Gloves are tested for breakthrough times to specific chemicals

Three specimens of the glove's palm are tested for breakthrough times, with the lowest score being recorded. Under the older EN374-3:2003 testing protocol, only the palm material was used to determine permeation resistance. Now, gloves with cuffs extending more than 15 ½ inches must be tested, with samples taken at the end of the cuff too. As with the palm testing, the lowest performance level of the cuff region is recorded.

In addition to measuring breakthrough times, EN ISO 374-1:2016 classifies gloves as type A, B, or C, using test method EN 16523-1:2015. The classification depends on the number of chemicals tested, up to 18 different chemicals. We've created dedicated pages for gloves tested to specific chemicals and listed by performance types.

Degradation refers to the shift in physical glove characteristics caused by contact with a chemical. Some gloves act as a sponge and soak up liquids that are then held close to the skin. This can cause irritation or injury to a worker, so workers must look for signs of degradation in their gloves. Glove degradation may appear with any of the following characteristics:

Hardening or softening of the material

When a glove claims an EN 374-4 rating, the mean degradation percentage results are reported. The documented results are calculated as the percentage of change in the puncture test before and after chemical exposure.

This test establishes performance requirements for microorganism protection against viruses, bacteria, and fungi. Per standard EN ISO 374-5:2016, there are now two classifications identified:

1. Protection against bacteria and fungi

2. Protection against viruses, bacteria, and fungi 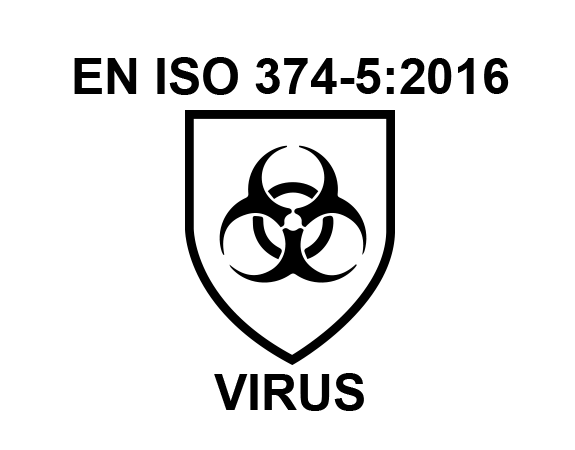 If virus protection has been tested, it will be indicated with a pictogram like the one shown above.

Gloves that claim to offer protection against microorganisms such as bacteria, virus, or fungi must:

Be tested using the same air and water leak tests as described above; and

Pass a penetration test according to ISO 16604:2004 to determine the resistance of the glove's materials to penetration against blood-borne pathogens.

As mentioned above, chemical-resistant gloves are now classified into three types: A, B, and C.  The glove's permeation performance is what determines which level of classification a glove receives. The gloves must be classified in accordance with the EN ISO 374-1 guideline.

Now we will highlight the three new types of classified chemical-resistant gloves. However, before we proceed, it's important to note that a user should not necessarily assume that type A gloves offer the best protection in all situations. A type B glove may protect better against a specific chemical hazard faced at work than an A glove. What one can conclude, though, is that type A gloves have faced permeation testing against a more extensive set of chemicals, which does mean that their permeation, in general, is more advanced. 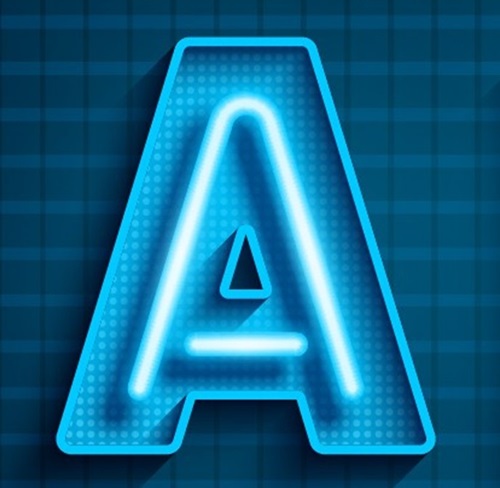 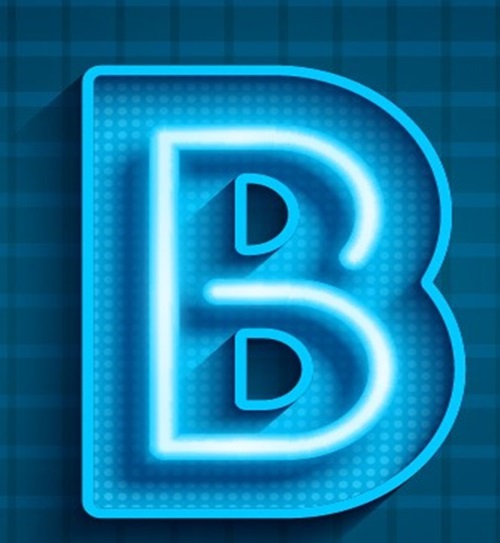 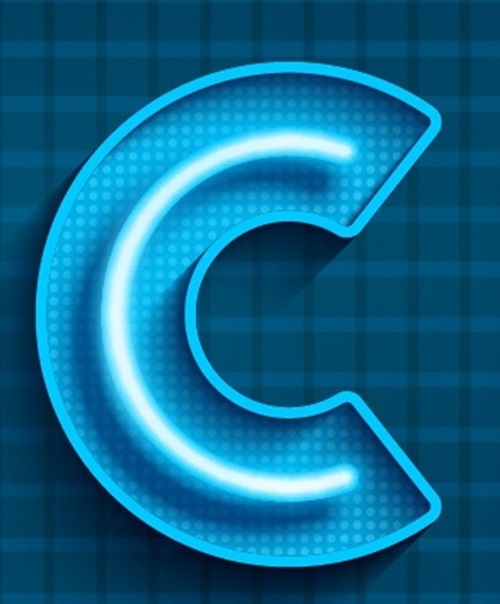 Type C gloves are tested against the fewest number of chemicals. To be classified as type C, the glove's breakthrough time must be greater than 30 minutes when tested against at least one chemical. Type C gloves traditionally offer lower protection levels than the other types and are primarily designed for low chemical risks.

The chemicals gloves are tested against are identified by their code letters listed under the flask pictogram.

Another change with the 2016 edition is the number of chemicals used in determining performance. Under the 2003 standard, only 12 chemicals were used for testing; now, there are 18 total chemicals used. The additional chemicals (code letters M-T) were added to better represent modern industrial environments.

Below are all the chemicals tested against under the new standard. 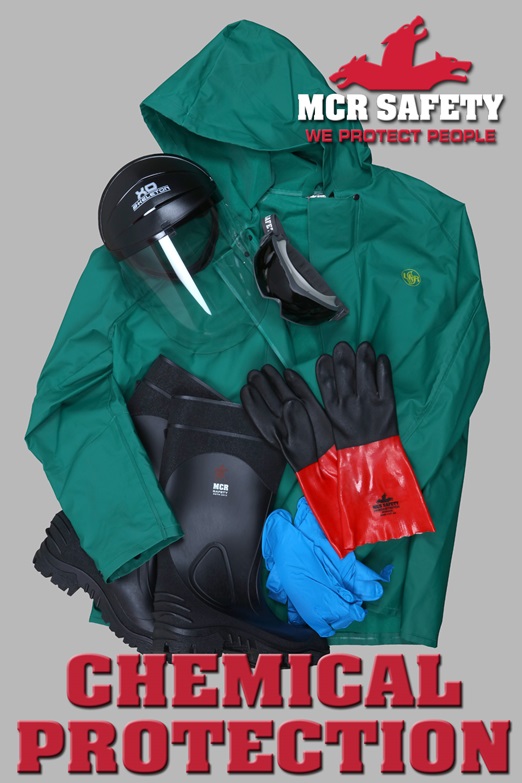 MCR Safety's entire Chemical PPE catalog can be accessed by clicking on the above image.